Depth of experience, breadth of skills

Together, we bring 100+ years of global sustainability experience. We work with you to inform, shape, and implement your company’s purpose and sustainability strategies.

Your project receives the highest-quality work from the brightest minds. We promise.

Your company benefits from our network’s deep experience. We bring a long-term view, street cred, and the ability to get the job done right. Our team helps you set the right environmental and social impact goals, meet them, and get the credit for it.

You’ll gain fresh and robust ideas, highly-honed consulting skills and the exact range of expertise required for your project.

I’m Diane Osgood, Ph.D. I’ll work side by side with you to drive positive change and prepare your company to thrive in the new Age of Sustainability.

I help companies and social enterprises build profits with purpose. It’s more than my work, it’s my passion.

As a sustainability strategist and innovator, I create value for your company by embedding brand purpose and sustainability into operations, creating new products and services, and connecting companies with communities.

While working with Virgin Management and Virgin companies, I learned how important it is to embed purpose into every aspect of your business, design your business with customers at the heart of every decision, and truly take care of your people so they take great care of customers.

I served as a senior advisor to President Clinton for the Clinton Global Initiative and on the Vatican Arts and Technology Council. As Vice President for Sustainability Strategy at BSR, I co-led the non-profit’s transformation to grow revenue 28% over 3 years by diversifying funding, expanding in new geographies, and incentive global collaboration.

Our team of advisors includes: 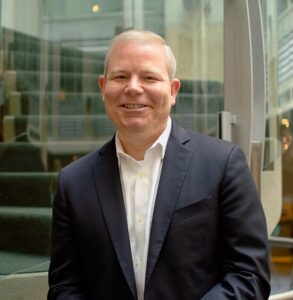 Jeremy is a climate scientist of international repute. He helps companies, governments, and non-profits with innovative, actionable and informed decision-making regarding the risks and opportunities from climate risks eco-system disruptions.

From 2019 to 2021, he held the position of Director of the Board on Chemical Sciences and Technology at the National Academies of Sciences, Engineering, & Medicine (NASEM). Before that, Dr. Mathis served as a science policy advisor in the Office of U.S. Senator Lisa Murkowski (R-Alaska).

From 2012 to 2017, Dr. Mathis worked in various programmatic and executive roles for the National Oceanic and Atmospheric Administration (NOAA), where he specialized in global climate change and resilience.

He was a Professor at the University of Alaska Fairbanks and the founding Director of the first U.S. Ocean Acidification Research Center. Dr. Mathis has published more than 80 peer-reviewed journal articles that have been cited more than 10,000 times.

He has chaired numerous national and international working groups and committees, visiting more than 60 countries in a professional capacity. Dr. Mathis received his undergraduate degree in Chemical Engineering from McNeese State University and his Ph.D. in Chemistry from the University of Miami (FL).

Jeremy T. Mathis, Ph.D., is the Chief Operating Officer of the environmental consulting firm, North By Northwest LLC, and a Professor of Environmental Policy in the School of Foreign Service at Georgetown University in Washington, D.C. 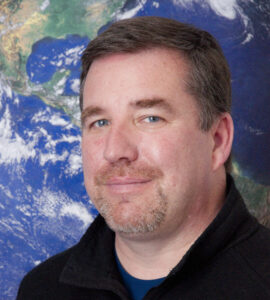 He is a strategic-thinking and action-oriented consulting firm specializing in climate change and Earth systems consulting that emphasizes solution-based outcomes, focused strategic planning, and development of effective and iterative communications.  His work provides clients with a strong, two-way bridge between science and decision-making. Amongst other impactful roles, he served as the U.S. Head of Delegation to the International Panel on Climate Change (IPCC) Fifth Assessment Report.

Some of his best-known contributions include:

Prior to MRG, Dr. Armstrong served within the White House Office of Science and Technology Policy (OSTP) during the Obama Administration as the Executive Director of the United States Global Change Research Program (USGCRP).

He was the lead in the development of the USGCRP’s Ten Year Strategic Plan (2012-2021) and a key player in the Third National Climate Assessment, the President’s Climate Action Plan, and other activities of the Federal climate change science and policymaking enterprise.

He also served as the Chair of Sustaining Arctic Observing Systems (SAON) and the Deputy Director of the Community on Earth Observing Systems (CEOS).  Before Joining the White House, Tom served as the Department of the Interior’s (DOI’s) Senior Advisor for Climate Change under Interior Secretary Ken Salazar as well as the science lead for climate change under Interior Secretary Dirk Kempthorne.

He is President of the Madison River Group (MRG); a strategic-thinking and action-oriented consulting firm specializing in climate change and Earth systems consulting.

Sanjay Khanna is Chief Futurist of SK Futures Inc., a strategic foresight consultancy dedicated to enhancing the resiliency of individuals, organizations, and communities. SK Futures Inc. is a strategic partner of Osgood Consulting.

Throughout his career, Sanjay has been a prescient advisor to private, public, and social sectors on risks and opportunities associated with converging crises that encompass geopolitical fragmentation, socioeconomic reordering, population health issues, technological acceleration, and climate change. A highly regarded educator and keynote speaker, he believes that leadership and learning are keys to unlocking an organization’s value. Sanjay has specialized training in scenario planning and is a skilled facilitator and empathic coach. His evidence-informed opinion is that growing economic and environmental uncertainty makes it essential to build social capital. Using this lens, he has enabled numerous organizations to strengthen strategy and build resilience.

Sanjay’s work has been published in academic journals and textbooks. He has also been featured and quoted by media outlets including the Financial Times, CBC, The Globe and Mail, Les Affaires, andNature. Sanjay holds an MFA in Creative Writing, a BFA in Creative Writing, and a B.Ed. from the University of British Columbia. In 2018, he completed the Oxford Scenarios Programme, Säid School of Business, University of Oxford, the world’s leading executive education program in scenario planning. In 2002, he was trained by pioneering Royal Dutch Shell scenario planners at the Global Business Network. Sanjay received a Global Competent Boards Designation (GCB.D) from Competent Boards in 2020 and is currently a contributing leader to that organization’s ESG certification program for board directors and business professionals.

Fran van Dijk of One Stone Advisors is an expert in sustainability strategy, reporting and UN Sustainable Development Goals (SDG).

Fran’s expertise includes risk and opportunity mapping, board engagement, the SDGs and disclosure.

Janesse Brewer is our expert senior mediator and facilitator. 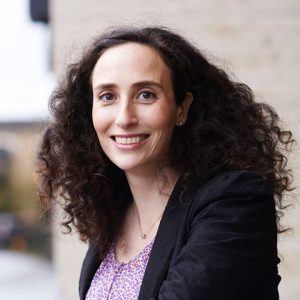 Rachel Gordon is our lead on innovation.

She is an innovation leader and growth strategist with more than 15 years’ experience developing products and services that improve people’s lives across consumer goods, pharmaceutical and fitness sectors.

Currently she is a Senior Entrepreneur in Residence at Highline Beta, an early-stage venture capital fund that builds and invests in new ventures with global corporations and entrepreneurs. Recently she served as a specialist Advisor to the Chief Innovation Officer at the National Basketball Association (NBA) acting as a leader to help stand up a new insights-driven innovation team.

Prior to that she worked in the Global Beverages Group at Pepsico, where she managed the global innovation pipeline and portfolio. 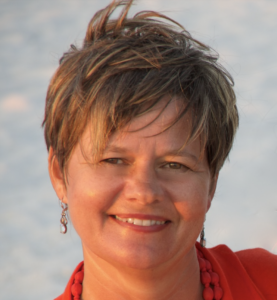 With experience working with multinational companies in both Europe and North America, Amy has more than 30 reports in her portfolio. Several of them are award-winning work for clients such as Novo Nordisk, Ericsson, Electrolux, Scania and TUI Group. She has also written high-level policy papers on human rights, the UN Sustainable Development Goals, business ethics, and other topics, in collaboration with clients and partners such as Columbia University’s Earth Institute and the UN Broadband Commission for Sustainable Development.

Amy has also served as copyeditor and ghostwriter for business leadership books including The Circular Economy Handbook; Sustainability Leadership: A Swedish Approach to Changing Your Company, Your Industry and The World, and Walking the Talk: The Business Case for Sustainable Development. She writes regularly on responsible business topics for TriplePundit and Ethical Corporation. 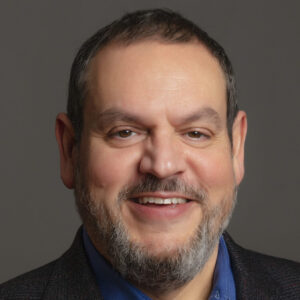 George Stenitzer writes and edits content for Osgood Consulting. As former vice president of marketing and communications for Tellabs and RR Donnelley, he was named Content Marketer of the Year. He wrote and produced a series of #1-ranked annual reports, investor websites and an employee investor magazine.